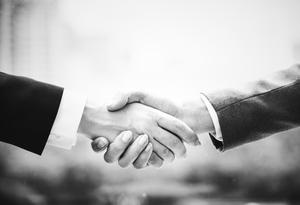 For this upcoming election, Durango School District 9-R has two open seats. Continue reading to learn more about the candidates and the election process.
The 9-R Board of Education has five board members, or five seats. Each board member is a resident of a different area of the region, with the intention of bringing in representation and different community needs from throughout the Durango area. Click HERE to view the district map that outlines each of the five areas of representation.
The two districts up for re-election include District B and District D. Representing District B in the election is incumbent Stephanie Moran, and new candidate Kristin Smith.
District B Ms. Moran has been an adult educator and GED Program Manager at the Durango Adult Education Center for fifteen years and was an adjunct instructor for Southwest Colorado Community College from 2001--2013. She served as Secretary of the Colorado Adult Education Professional Association (CAEPA) for six years and earned the Teacher of the Year award by CAEPA and the Colorado Department of Education in 2004.

She is married to Dr. Andrew Gulliford, who teaches in the History Department and Environmental Studies program at Ft. Lewis College.  Their two children are graduates of Escalante Middle School and Durango High School.

With an M.A. in English from Bowling Green State University in Ohio and undergraduate degrees in English and Elementary Education from the University of Northern Colorado, Ms. Moran has taught at six colleges and universities, with ten years at Middle Tennessee State University.  She designed curriculum for a bridge program that transitions GED and high school graduates into college successfully, an adult career pathways course, a course in study skills, and college courses in theme-based instruction.

She loves Colorado, hiking the red rocks with her husband and their dogs Finn and Josie, sharing books, poetry, and ideas with students and friends, and doing her small part to keep Durango and the Four Corners a great place to live. Kristin’s passion for education began as her son, Asher, who has special needs, started school. She began to see the educational benefits for Asher when he was included and educated in his grade level classroom. She became an advocate for school inclusion of her son. She firmly believes that ALL students have strengths and that ALL students can succeed.

Kristin has been serving in Durango Schools for seven years.  She has served as the Needham Elementary PTO President, Juniper Parent Action Committee Leader, Miller Middle School PTO Secretary and Vice President, and on the BOCES Special Education Advisory Committee.  She completed the first ever Leadership 9-R courses.  Kristin has also served in the schools as a volunteer advocate for students who have special needs. Kristin has been an active classroom volunteer and thoroughly enjoys working with Durango students, teachers, and parents.

Kristin is currently serving as the Board President of the Adaptive Sports Association. She is also a volunteer for the Red Door Youth Group. She loves serving the Durango Community!

Kristin has a BA in Communications from Whitworth University. She currently works in Home Health.  She is married to Beau Smith and has two children, Asher (15), and Eden (12). Kristin enjoys spending time with her family, skiing, paddle boarding, running, playing the ukulele, reading, and caring for her chickens and family pets.

Currently, there are no candidates running for the open seat in District D, which encompasses the majority of the downtown Durango area along college, 3rd Ave and up toward Skyridge. With no candidates in the running, following the November election the seat will be officially open as incumbent Marianna Valdez steps down. Valdez recently changed jobs and no longer can serve on the board due to time constraints. The board will look to appoint a new board member, who will then serve a two-year term.